Rendez-vous de la Baie is very pleased to announce that Fort Anne and Port Royal NHS are our partners for the month of July 2017. Their participation provides everyone with free access to the Acadian Interpretive Centre museum halls.

Fort Anne is the oldest national historic site in Canada, designated in 1917.
Over 4000 years ago the Mi’kmaq used this location as a stopping place in their voyages. In the 1600s and 1700s, the site was the centre  of early European colonization and settlement in the area called Acadie by the French, Nova Scotia by the British. The French and the British in turn had their colonial capitals here. This was one of the most hotly contested territories in North America. The 1702 earthworks are the earliest Canadian example of a Vauban-style fort. Come Explore! 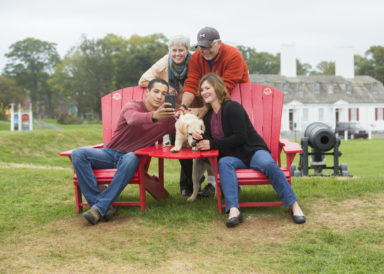 The Port-Royal Habitation is a reconstruction of a small French compound begun in 1605. It was home to one of the earliest European settlements on this continent. Mi’kmaq people lived along these shores for centuries and it was here that the French and the Mi’kmaq formed an enduring friendship and alliance. The Habitation survived until 1613 when it was destroyed in an attack by Captain Samuel Argall of Virginia. As you visit the Habitation you will have the chance to discover the trials and successes of the French colonists who settled for a time along this coast. Plan to spend an hour or more at the site exploring the buildings, the wigwam and talking with the costumed interpreters. 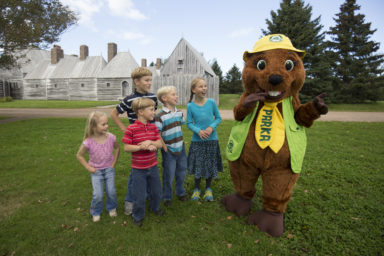 Special Reminders: Remember that all Parks Canada places have free entry this year in honour of Canada’s 150th anniversary. Make a point of stopping at Fort Anne to see the new interactive exhibits now open.

Access to the Acadian Interpretive Centre (Museum) at Rendez-vous de la Baie is now free of charge. Since 2012, the admission fees have been replaced by a Donation box, as well as a new Corporate Sponsorship Program.